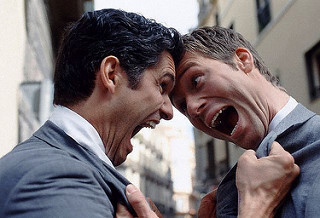 Disputes, arguments, altercations are quite common in international cricket matches. As a child, I enjoyed such incidents even more than the matches! Even today, now and then I stop by YouTube and watch videos of such past fights. They are so funny! I also notice that such videos usually get more than 50-60 thousand views. That means, so many people around the world had already watched that video before me. Then several thoughts come to my mind. Firstly, even after so many years, I still remembered that incident. Secondly, not just me, in fact so many other people also remembered it all too well. Thirdly and most importantly, we didn’t have anything particular to do with that incident. I mean, we were not personally connected with those fights. We were watching them just for fun.

Even in everyday life, you usually come across incidents where two people are fighting in public, and soon a big crowd starts gathering. They are there mainly to enjoy the ‘show’. Finally, when the audience have had enough entertainment, someone from the crowd would try to pacify those two people. And then the participants would be taken away, mostly forcefully.

It happens nearly everywhere. In all countries, the best minds are chosen to constitute the bureaucracy, and also people with leadership skills become ministers. Still, in spite of such brilliant leaders in decision-making offices, so many problems and disputes could not be resolved — water disputes, boundary issues, Palestine, Kashmir, middle-east and so on and on. It is really hard to digest that these problems are unsolvable. Even if they cannot be resolved, at least some compromise could definitely be arrived at. Sometimes I feel that the world is also just watching — for entertainment — just making up a crowd, and not much interested in resolving disputes.

Again, sometimes it so happens that the people, who are involved in fighting, suddenly become aware of the crowd around themselves, and feeling embarrassed, leave away silently. Now, can’t this same happen in international issues also? Can’t the thought that “the whole world is watching, let us not make a show of ourselves” occur to the disputing parties? May be then they could just sit and talk.

4 thoughts on “When You Fight, The Whole World Watches” 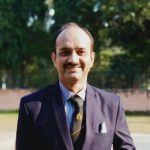