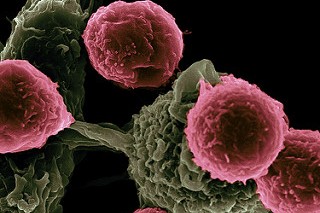 I have always wondered whether the English word ‘nano’ has its origin in the Gujarati word nanu (નાનું = small) — the similarity is indeed remarkable. To explore the idea further, I opened the Merriam Webster dictionary and found that it is not so. The English word ‘nano’ has its origin in the Greek word nanos, meaning ‘small’ or ‘dwarf’. That is fine. But then I thought that there could be a possibility of the opposite being the case. That is, maybe nanu was introduced into Gujarati by the Greeks. I spent some time exploring the history of Gujarat to check if there was any trade route or link between Greece and Gujarat, or maybe even western India. It was indeed so. Wikipedia says, “….Between the decline of the Mauryan power and Saurashtra coming under the sway of Samprati Mauryas of Ujjain, there was a Greek incursion into Gujarat led by Demetrius. In the first half of the first century A.D. there is the story of a merchant of King Gondaphares landing in Gujarat with Apostle Thomas…” But wait a minute. Alexander was on Indian border in 327 BC, isn’t it? So there is no reason why there might not have been any exchange or interaction between Indian and Greek culture during that time. Further, Chandragupta Maurya had married Seleucus Nicator’s daughter. Although Gujarat was not covered in Chandragupta Maurya’s empire, we cannot rule out the possibility of interaction between Maurya and neighbouring kingdoms. Anyway, Gujarat was afterwards included in Bindusara’s empire, who maintained friendly relations with the Greeks.

On a separate page, Wikipedia does mention Greek besides Turkish, French, Persian, Arabic, Portuguese and English among the languages from which words have been borrowed into Gujarati. However, it does not give a complete list; so I am still in dark about the true origins of nanu. Perhaps some learned scholar, well-versed in Gujarati etymology and history, could educate me. However, if it indeed turns out to be borrowed from Greek, then the question arises : how did the Gujaratis denote small objects before the Greeks came? Did they use the Sanskrit word laghu? Was the transition from laghu to nanu slow or immediate? In either case, what might be the reason for preferring a different and new word for a common idea.

Still, it is wonderful to note how much history is contained in such ‘small’ words that we use everyday. Every word that we write, every syllable that we utter, contains in it signatures of civilizations, and their interactions with each other — civilizations influencing each other and in turn getting influenced.

Linguists tell us that to know a word one has to know everything about it — its meaning, part of speech, its origin and usage. Nearly all good English dictionaries contain these information. However, I could not find the corresponding information in dictionaries of any Indian language that I know. Of course, linguists and lexicographers must be having thorough knowledge about these aspects of Indian languages. My concern is that this information is not accessible to the general public, e.g., in dictionaries. As for Hindi, the first thesaurus came into existence only about a decade ago by the efforts of Sri Arvind Kumar. There is still a lack of dictionaries between Indian language pairs e.g., Bengali and Marathi, though that would have made more sense than using English as the medium. Perhaps the latter is preferred in order to increase the scope of the dictionary as the number of readers interested in a particular (Indian) language pair might be less. One option could be to create an online database and portal that would provide information exchange between any two Indian languages. The Central Institute of Indian Languages, Mysuru, has been active in providing education and resources related to Indian languages. Hope further efforts in this direction continue.

30 thoughts on “A ‘Small’ Word Leads To A Long History”