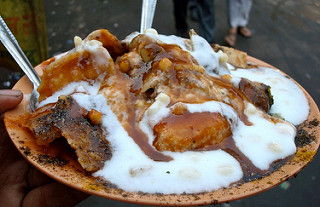 This story had appeared in children’s magazine Lotpot. A young boy was very fond of Indian fast food, or rather street food — chaat, samosa, tikki and so on. Every other day he would demand his father to take him to the stalls offering such spicy delicacies.  His father resisted a lot, but had to surrender. His mother would teach him how eating street food was not healthy, and even went to the extent of offering to make some of those snacks at home itself. But the boy didn’t listen. He did not find the same flavour in home made snacks as found in street food. In fact, he was completely addicted to the street food. His parents were very worried, but could not figure out how to deal with the problem. END_OF_DOCUMENT_TOKEN_TO_BE_REPLACED