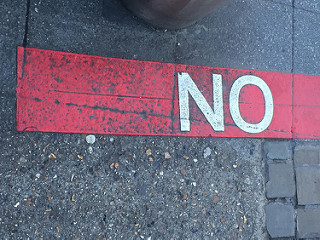 Every time I go to the book store, my eyes fall on one particular book. I don’t know what that book is about as I have never opened it. However, I like the title of that book, which probably summarizes its message — Don’t Say Yes, When You Want To Say No (by Herbert Fensterheim and Jean Baer). That is a very strong and direct message, and mostly that is the advice most of us require most of the time. In fact, I would say that most of the miseries in our lives are due to the inability to say ‘no‘, though that is the answer we would like to give.

When this practice is taken to an extreme, the results could be appalling. This habit of saying ‘yes’ to everything implies inability to refuse when drugs are offered, or when someone seduces into extra-marital affairs, or when someone brainwashes a youth into becoming a terrorist. Of course, these are extreme cases; however, the underlying logic is the same. The only difference is that generally we present our ‘yes’ as ‘social service’ and paint it in pleasant colours to make it appear as a noble task. Indeed, there is nothing to be proud of in saying ‘yes’ when one actually wants to say ‘no’.

For most of us, it is simply due to lack of courage; and I do not think there is any other remedy than to be stronger. In my opinion, if people could only realize and understand the implications of their unwilling consent, then that realization itself would bring with it the courage to stand up and say ‘no’. The moment you say your first ‘no’, you have already taken the first step towards building a strong character.

But then there are others who are on the other extreme. In fact, if you scratch the surface of these self-declared social servants, you would find nothing else other than ego. ‘See, so many people seek me, so many require my help and services, I am so important!‘ Friend, why do you depend on others for your own feeling of self-worth?

Saying ‘yes’ to people who make you work for them, while they bath in sunlight and play flute, is in my opinion an irresponsible behaviour. This is the trick by which people seek to boost their own ego, public image, self esteem, but in fact, weaken the society, set up a wrong example, and build a highly inappropriate work culture. Still, turning a blind eye to the implications of their deeds, these people keep on spoon feeding others. If they really intended to serve others, they would have helped them develop their skills and knowledge. But this would not be done. First, the ‘service-provider’ does not want the competition to increase — if everybody learns the skill, then who is going to seek help? On the other hand, the objective of the sucker is simply to suck! Such people are not at all interested in learning things, instead just to get their work done (See the post — Don’t Tell Anybody).

Several times we gather into small groups — in canteen, in academic meetings, in parties etc. You too must have come across someone who is going through some type of austerity e.g., fasting for health, preparing for competitive exams, or giving up a habit. And sometime or the other, this austerity becomes public, i.e. people come to know about it. Haven’t you heard the various comments which are showered upon these people, and how many seemingly genuine pleadings are made to them for a compromise — ‘It won’t harm if you stay a little longer‘, ‘nothing would harm if you take just one cigarette‘, ‘just once‘, ‘come on, you are doing too much‘, and so on. Some people resist all temptations, some give in. My respect for those people keeps growing and I put them in high esteem, who fight all resistance till end, even if it means getting up and leaving the place.