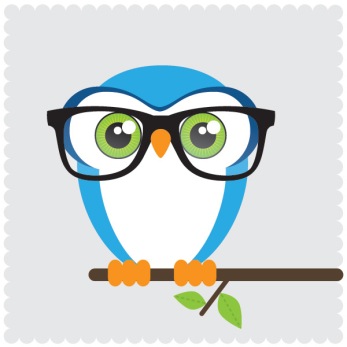 This post is about NDTV journalist Pallava Bagla who is in news for last few days for all the wrong reasons. A lot has already been said on this episode; in fact, Twitter is on the verge of explosion considering the number of tweets shared on this news. It really brings delight to see the fervour and passion that my countrymen are carrying in their hearts. I am particularly happy to note that we have started looking beyond Tendulkar and Shahrukh Khan for people and institutions that bring us together. In the response given to Pallava Bagla, we have at least found something which is not controversial and everyone — barring a few — thinks in the same way. It is a rare sight these days.

A lot has already been said and shared on social and traditional media by scholars, commentators, critics, specialists and laypersons, and my opinion is not in any way different from them. So there is nothing I could add to that response. But you know, whenever any petty thief or eve-teaser is caught in market place, everybody takes the opportunity to do haath saaf on that fellow. So how could I leave this opportunity? I always thank politicians and mediapersons for giving so much for our entertainment and topics to talk about. This time definitely it was not sheer entertainment; instead something which filled our hearts with disgust and annoyance.

I do not have anything to say about his behaviour in the press conference and his attitude towards Karnik sahab. Perhaps he is not familiar with social ettiquette, let alone being familiar with the norms of such gathering between scientific institutions and media. The occasion was an important one, and media had great responsibility because they were supposed to convey the little bit complicated and complex issue to general audience in a simple and easy to understand language. Every newspaper and magazine in this country has science journalists who do this task assiduously and regularly. How come NDTV was not able to find any sensible person for this task still perplexes me.

Anyway, my focus in this supposedly short post is the interview that Pallava took of ISRO chairman Sivan sahab. When I watched it for the first time, it was for acquainting myself with the issue. But then I watched it couple of times but not for Pallava or his questions. My focus was on Sivan sahab. He was calm, quiet and slightly smiling. But was that all? All along I was wondering what must be going on in his head. Perhaps he was thinking something like — “Should I laugh or cry over this question?”!

Come on dear! For at least three months now — may be more — all TV channels, newspapers, social media and above all Modi kaka is talking endlessly about Chandrayaan 2; every media is giving detailed account of the programme. It is very unlikely to miss it unless one is sleeping or is in deep coma. Pallava’s contribution to science was made the focus of all arguments — both against as well as in support of him (e.g., by Pranoy Roy). But my point is, thanks to conventional and social media alike, even general public and audience understands Chandrayaan and its overall objective and plan. One need not be a specialist in science, be a scientist or have made any contribution to science to have a broad overview of the mission. It is a simple matter of general awareness. I am sure, even the 10 year old in my home knows more than Pallava about Chandrayaan mission.

Now this brings us to another issue which I am talking about again and again on this platform — scientific research is one thing, science education is another, and scientific awareness is yet another. Now, nobody has any doubt about scientific research in this country with its long scientific heritage from Aryabhatta and Varahamihir to GSLV. We also do not doubt about science education in our schools, colleges and conventional media.  Sometimes there are discussions on how to modify and improve the system, but there is no doubt about the importance of science education for our society. The only problem, and which is the root cause of all social evil, is the lack of scientific awareness. Again, I do not in the least bit doubt the contributions by conventional media, specially their science correspondents, scientists, students of science, NGOs, and science writers in spreading this awareness. But still we do not see the result in society. We still have people like Pallava who are ignorant of what is happening around them. I could have understood it if he was member of a tribe living in a deep forest, or a remote rural village, where media, electricity, roads and other amenities have not yet reached. But a padha-likha journalist not being aware of it … is something very difficult to digest. Is it like NDTV journalists themselves don’t watch TV at all? Or are they sleeping all the time? It is OK, I have no issue with that either — insaan hai, neend to aa hi jaati hai. But then he wakes up, holds his mike and goes to ISRO headquarters to interview the chairman! Brave man indeed!

The meaning of all these ramblings is that — all the news, education and awareness campaigns can go till a certain extent; however, if the audience has its eyes and ears shut and has gone to sleep, one cannot help it. You can take a horse to water but cannot make it drink.

To end this discussion, let me share this anecdote about Chekov narrated by Gorky (Pallava babu, just in case you do not know, Gorky and Chekov were Russian writers)…

I remember that once he was visited by three richly dressed ladies. After filling his rooms with the rustle of their silk skirts and strong perfumery, they decorously seated themselves opposite their host, feigning that they were very much interested in politics, and began to “put questions.”
“Anton Pavlovitch, with what do you suppose this war will end?”
Anton Pavlovitch coughed slightly and, after thinking for a moment, replied in his serious, gentle voice:
“In all probability — in peace.”
“Well, yes — of course! But who will win? The Greeks or the Turks?”
“It seems to me that the one who is stronger is sure to win.”
“And who, in your opinion, is the stronger?” the ladies asked, vying with each other.
“Those who are more intelligent and better fed.”
“Oh, how witty!” exclaimed one lady.
“And whom do you like more, Anton Pavlovitch, the Greeks or the Turks?”
Anton Pavlovitch looked at her and replied with a kind, gentle smile:
“I like marmalade — don’t you?”
Very!” she exclaimed vivaciously.
“Of apricots!” sedately corroborated another.
And the third added with great relish, half closing her eyes: “It has a delicious aroma!”

And all three began to speak with great animation of marmalade, thereby showing that on this particular question they possessed a splendid erudition and a thorough knowledge of the subject. It was evident that they were glad of the opportunity not to strain their minds in feigning an interest in either Greek or Turk, neither of whom they had ever thought of until the very moment.

On leaving Anton Pavlovitch they said merrily:
“We shall send you some nice marmalade!”

“You have had a nice conversation!” I remarked after they had left.
“It is necessary that every one should speak his own language,” he laughingly said.
(Source: Personal Recollections of Anton Pavlovitch Chekhov by Maksim Gorky)

Every person should speak in his language. So Pallava babu, better identify your specialisation, and do what you are good at. Don’t make a laughing stock of yourself by venturing into fields which you are not capable of. The only sense I can make out of these two videos is that you are neither capable of talking science, nor journalism.
P.S. For a short overview of Chandrayaan-2, see Kudos ISRO | We’re proud of you for Chandrayaan-2 by Indrajit Roy Choudhury.